Business trend:
Japan will hold a conference with cabinet members of major resource-rich African countries to discuss the development of natural resources in Tokyo next May. The conference will be participated by such international agencies as the World Bank and African Development Bank and private companies. About 10 African countries including South Africa, Ghana, and Madagascar are expected to participate in the conference, and Japan wishes to reach an agreement with them on resource exploration.

After the Fukushima disaster, demand for fuel for thermal power generation is growing rapidly in Japan. And the Japanese government is eager to develop the African market for coal and oil. Such subjects as infrastructure improvement wit the help of official development aid and developing human resources from Africa to let them study Japanese environment-conscious technology will be discussed. China is ahead of Japan in resource development in Africa. China invested 15 billion dollars in Africa between 2008 and 2011, whereas Japan invested only 2 billion dollars in the same period. African countries are worried about the development by China from the viewpoint of environment destruction and disparagement of workers’ safety. They eagerly wish Japan to increase its presence in Africa. 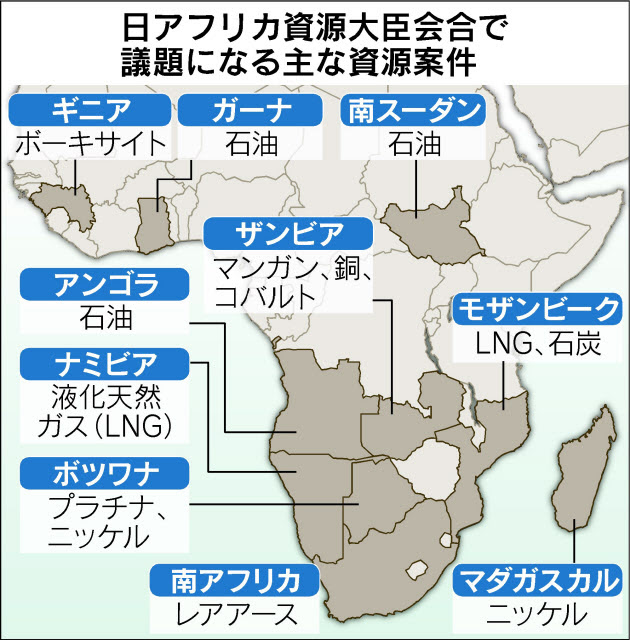 Posted by Senryaku-kenkyu at 11:40 PM No comments: